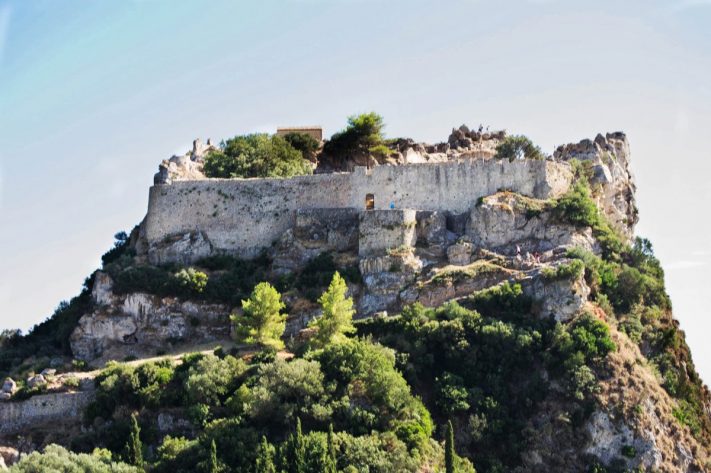 Angelokastro is one of the most important Byzantine castles in Greece and one of the oldest. It was already there since the 7th century.

It is located on the island of Corfu at the top of the highest peak of the island’s shoreline in the north coast near Palaiokastritsa and built on particularly precipitous and rocky terrain. It stands 305m on a steep cliff above the sea and surveys the City of Corfu and the mountains of mainland Greece to the southeast and a wide area of Corfu toward the northeast and northwest.

The origin of its name is not completely clear, with some historians mentioning that in 1214 Michael I Komnenos Doukas, Despot of Epirus, sometimes called Michael Angelos, annexed Corfu to Epirus and following his death, Michael II Komnenos Doukas, his son, further fortified the area and named it after himself and his father: “Angelokastro”.

The Despots were related to the Komnenoi dynasty of Byzantine emperors.

Today, the tourist signs in the area refer to it, wrongly, as St. Angelo’s castle. 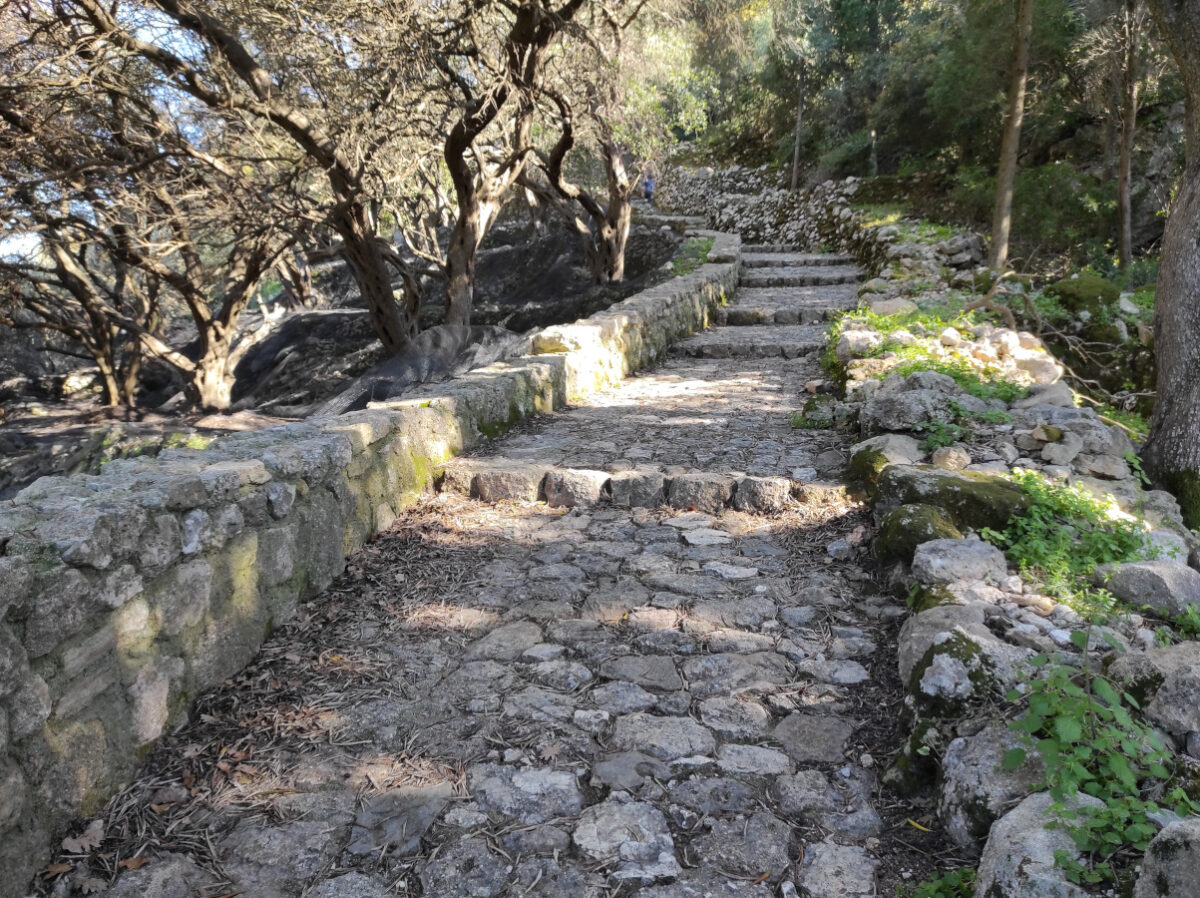 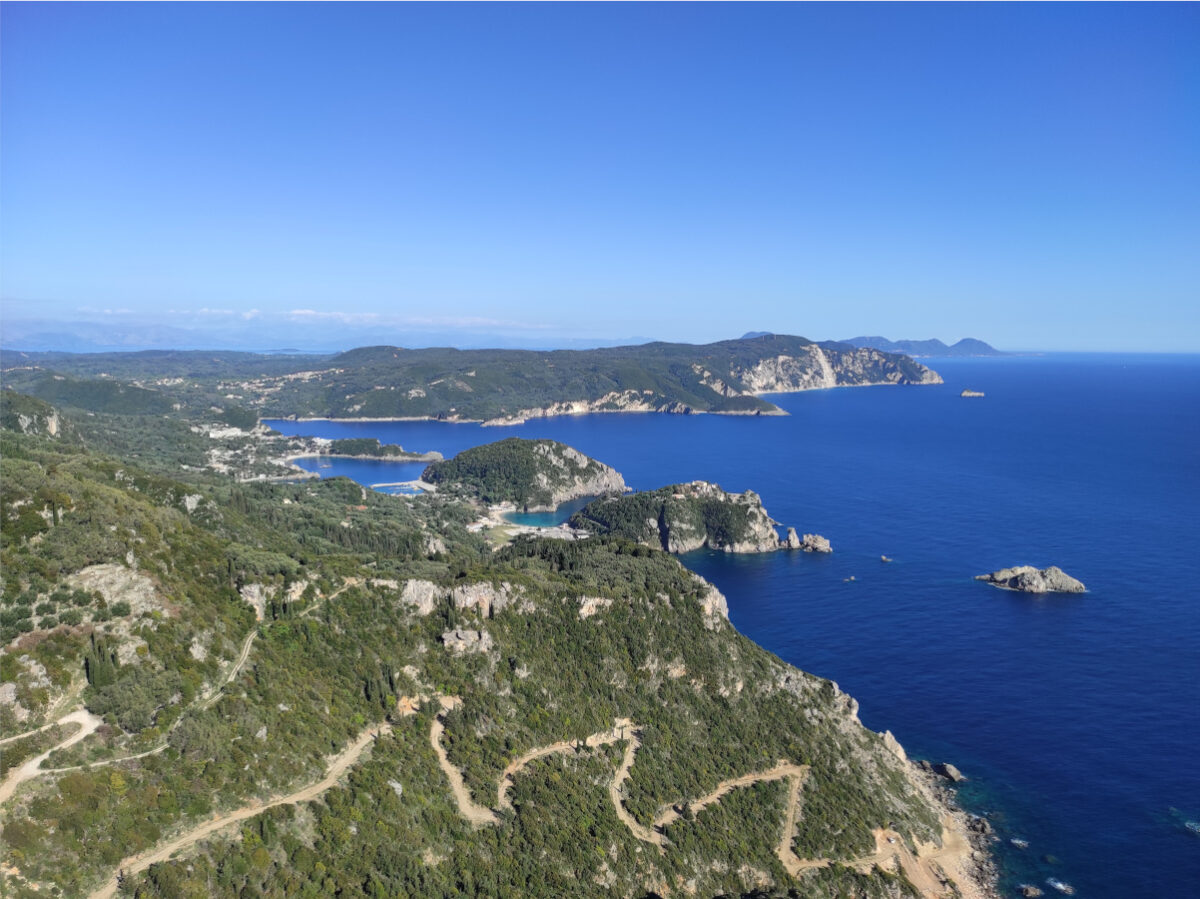 Before the Venetians conquered Corfu there were three castles which defended the island from attacks: The Cassiopi Castle in the northwest of the island, Angelokastro, defending the west side of Corfu and Gardiki in the south of the island.

During excavations in 1997, two Early Christian slabs were unearthed at the top of the acropolis, indicating that the site was occupied by the early Byzantine period (between 5th-7th century AD).

It can be reasonably assumed that since Byzantium lost its dominion over southern Italy in 1071 A.D. the Komnenoi must have paid a lot of attention to the castle since Corfu by default became the frontier to the west of the Byzantine Empire between the 11th and 12th centuries, serving to separate and defend Byzantium from its dangerous foes to the west. At the same time the acritic and windswept fortifications helped safeguard Corfu from the great menace of that era, i.e. the Normans of Sicily whose constant incursions had turned the island into a theatre of military conflict.

The castle enjoyed considerable prominence during the period of Venetian rule (1386 – 1797).

From 1387 until late in the sixteenth century, Angelokastro was the capital of Corfu and, in early sixteenth century, became the seat of the Proweditore Generale del Levante, who was the commander of the Venetian fleet stationed in Corfu and governor of the Ionian islands. The fortifiacation must have been finalised during that period.

Later it fell into disuse and during the 19th Century it was deserted. It was restored to its present condition in 1999.

At the highest point is the Citadel with its main gate at the north protected by a circular tower. The ruins opposite the main gate were the garrison’s quarters, and 3 underground cisterns kept the castle supplied with water. The walls’ battlements survive today only in the north-west corner. At the highest point of the Citadel stands the little Church of the Archangel Michael, which was built on the site of what was probably an early Christian 3-aisled church. Several nearby graves were carved out of solid rock. The wall paintings are relatively modern dating from the 18th Century. 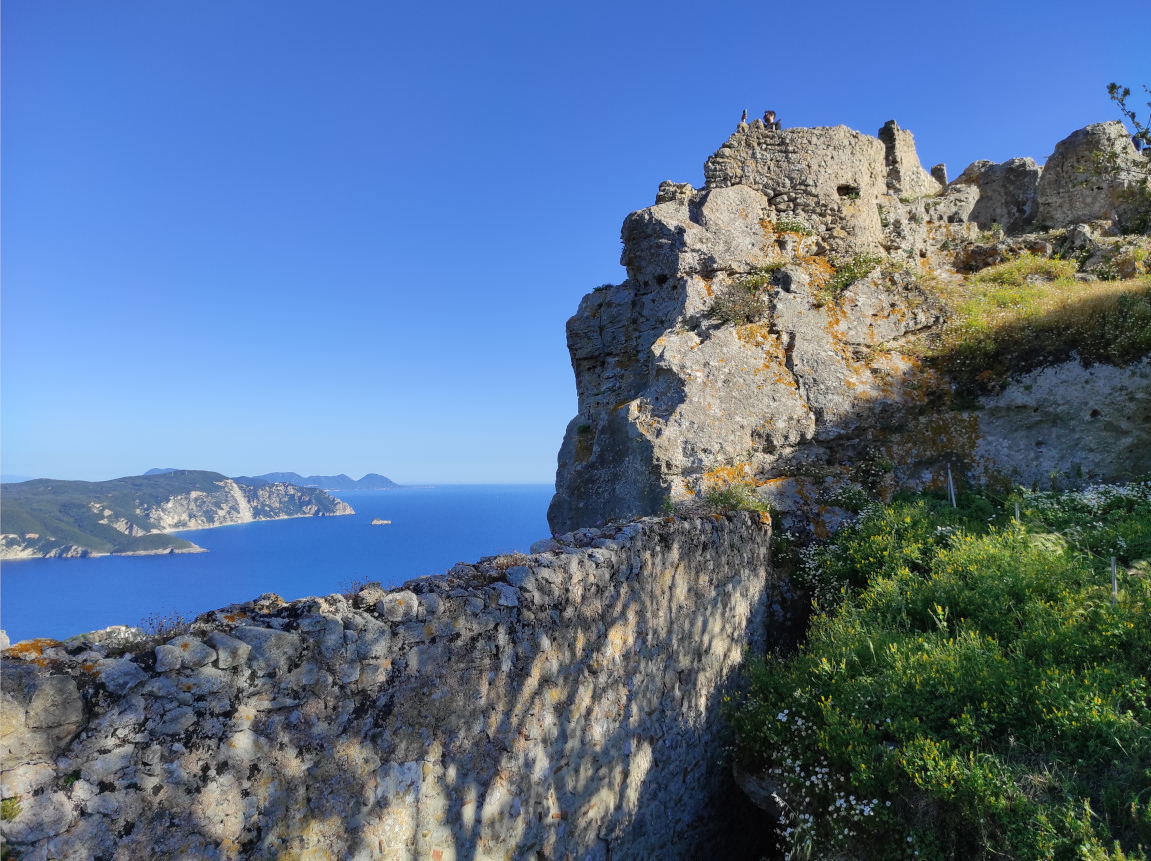 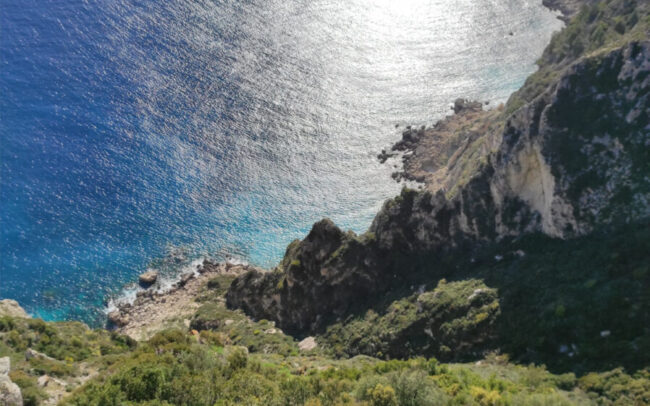 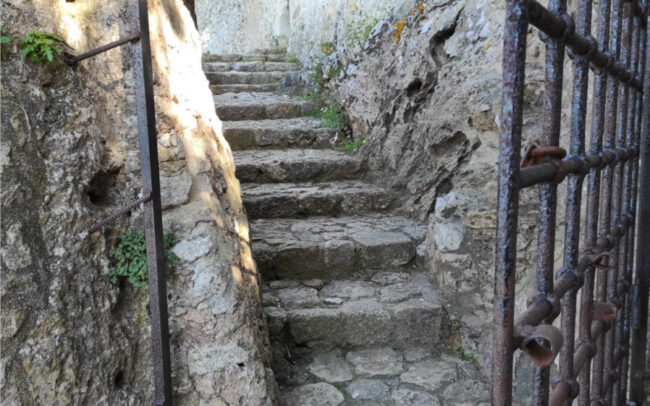 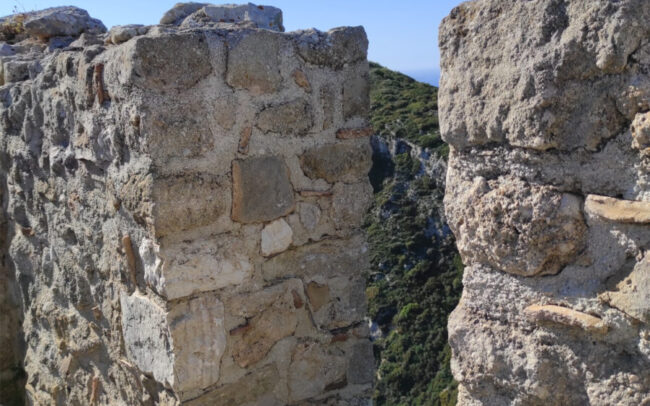 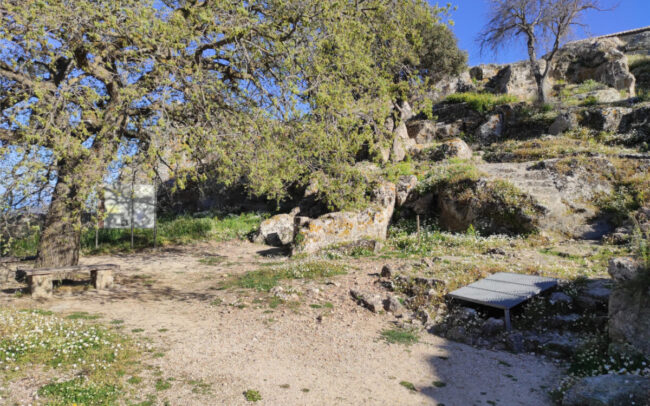 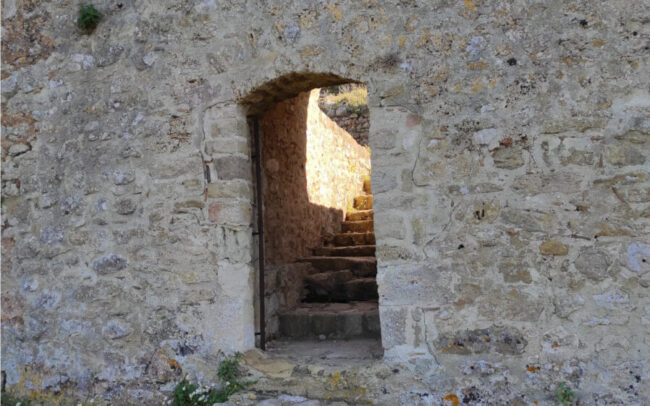 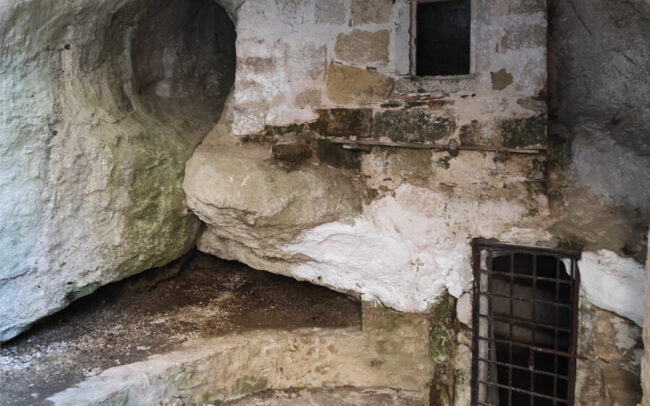